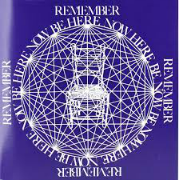 Have you ever encountered a quote that just won’t leave you alone? Maybe it’s not deep or profound but somehow it just gets under your skin. A year or so ago, such a quote crossed my path. We’re all just walking one another home. –Ram Dass
Ram Dass. If you are of a certain age or belief system, you may know of Ram Dass — the former Harvard professor turned spiritual teacher, the author of the early 70’s classic, Be Here Now. It was a groundbreaking book in some circles as it continued the introduction of Eastern philosophy to the West and nudged those who would dare, to look at spirituality in a whole new light. Today at 83, Ram Dass continues to urge us to live a life of service with compassion.

That is a long way around the barn to get to the aforementioned quote.

Gosh, I just watched the news (mainly to figure out why gas prices are on the way back up. blah, blah, blah.), and I was once again saddened by what I heard. Not much good news there unless you’re a fan of 50 Shades of Grey, now sold out in some theatres.

Executions are being swapped in the middle east. Gun violence keeps on keeping on. It seems so many people are just looking for ways to hate one another. From my vantage point, that’s a by-product of fixating on our differences instead of celebrating the star dust, the infinite being from which we all came which makes us one and the same.

Last year, not long after this quote grabbed hold of me, I was participating in a 30-day blog challenge, and I wrote a little post about it, Walking Home Together, recalling days of walking home from school with my friends. It was and continues to be a sweet memory.

But what about this walking one another home? What does that even mean? Aren’t we all pretty much on our own here on this big blue marble called Earth? Maybe we are, but only because we have chosen to be so. I think it might be more accurate to say, we have been guided in that direction.

Now mind you, I am older, and I really try not to be cynical or judgmental or too opinionated, especially when it comes to things like government institutions, churches, and certain areas of our fine country. Alas, more often than not, I am unsuccessful. I have x-ray vision and if there is the slightest hint of inequality or injustice, I can sense it a mile away.

Racial profiling, gender issues, women’s rights, economic disparities, and things of that nature tear at my very fiber. I think sometimes these matters are intentionally fanned into flame to put us at odds with one another and keep our attention off of the bigger, badder things happening around us.

WHY CAN’T WE JUST GET ALONG?

I think a lot of it is because our differences continue to be pointed out.

OMG, get me out of here; they belong that religious group.
Oh yeah, they’re gay. We don’t want their kind around here.
So can you tell if they are Chinese or Japanese? They get all the good jobs.
Well, he’s black so I know he did it. He just looks guilty.
They’re rich boys. They’ll probably get away with it.

Man, that’s some judgmental stuff up there, isn’t it? How often do we view the world through preconceived notion colored glasses, and we decide an issue before we even have the facts because we just know how ‘they’ are.

We don’t know anything of the kind. We just slosh our opinions all over things and leave it at that. Case closed.

I’m sorry. That is B.S. plain and simple. And I’ll tell you, friends, I have been guilty of it myself in the past. It takes conscious thought on my part to lay aside that kind of thinking, and it is worth the effort.

You know, the world we live in can be tough and unforgiving. Things don’t always go the way we want them to. That’s true for me, and it’s true for you. It’s true for everyone.

What if before we judged someone or decided against them, based on our so-called ‘knowledge’, we paused to remember that he or she is a fellow human being, possibly fighting a battle we are unaware of; that they are innocent until proven guilty; that they bleed red just like we do; that they love their children, their parents, their family and friends just like we do.

What if we, if only in our minds, took their hand and walked them home? Had a conversation? Asked how’s their mom doing, that new baby? Is school going well? How about that big game?

What if we just decided to live as one human to another without labels and name-calling, without accusations and slander, without hate and anger?

I wonder if the world would start to become a different place.

Look, I know there are many horrifying things that go on in this world. I’m not condoning those. But if we were a little (or a lot) kinder, if we looked one another in the eye and smiled and said ‘hey, how’s it going?’, maybe, just maybe we could begin to turn things around.

It’s not too late. We can start right where we are and go with what we know. Love never fails. We just have to trot it out there and give it a try. Practice makes perfect.

I’m willing. I hope you are.

Don’t you think it might be worth a try?

Love to one and all,
Steph Marks

Have you changed your way of looking at situations? at people? I would love to hear about it in a comment below. Let’s start a conversation.